Facebook has started to dig its own database of users to show what they were up to a year back on a given calendar day. I noticed this new feature on my facebook page yesterday. Must say that the idea is very nice to keep the users glued to facebook for longer durations. As far […]

Came across this Facebook application called My Year in Status. This app scans through your facebook wall for the messages you wrote through out the year and compiles it all which you can edit to make it as interesting you want! If your status messages aren’t sufficient enough, you have an option of creating a […]

At some point of time most you would have got irritated on facebook because of so many quizzes and other application messages cluttering your wall. No second thought that it is annoyingly ridiculous to see so many messages which *may* be of no importance to you. If you are a victim of such a scenario, […] 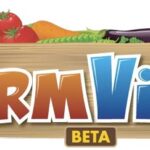 I am not a big fan of online games. Through Facebook, I have played games like scramble and pathwords. But now the fever is catching up on a newly introduced game called FarmVille. My facebook wall was getting cluttered with many invitations to play this game. Somehow, I never got into this this game. But […]

If you are regular on facebook, it is time for you to be a bit more cautious now. Facebook is the largest social network on web and it is no alien to worms anymore. ‘Koobface’ is the name of the worm, not sure what made the author of the worm to name it that way. […]